The latest work scenario demands taking screenshots as a part of daily work. While taking screenshots was not very common in the previous years, the office work demands screenshots for which you require apps and tools for different operating systems, including Windows.

The primary purpose of taking a screenshot is to capture the errors during work. Screenshots are essential for onsite work and add more value to remote workers, and Screenshots are handy to detect unusual things on the screen or present mock-up design plans.

A good screenshot software is a necessity in your Windows toolkit. Screenshots allow you to record both funny and crucial information and document problems to show others.

Why Is Taking Screenshots Essential?

Good screenshot software is mandatory in your Windows toolkit, which may differ from other operating systems. Screenshots allow you to record any information on the screen and save them in image formats of choice.

With many tools available for taking screenshots, it’s better to look for the free, easy to use, and save a lot of your time during work. These applications may differ in screenshot size, quality, supported operating systems, file format types.

Snipping Tool is an application included in Windows OS. You can capture a screenshot of your screen using the Snipping Tool followed by intonation, the snips with a mouse and you can email them.

With multiple colored pens, an eraser, and a highlighter, the Snipping Tool allows image editing. Snipping Tool captures entire screenshots and enables you to design custom and window-specific snips. Also, it allows adding notes to the screenshots.

How To Take Screenshots Using the Snipping Tool

Note: It will save by default in the Picture>Screenshot folder.

Snipping Tool is Available on:

Greenshot can capture Fullscreen and window photos, snippets of a selected area while you scroll web pages. You can highlight and annotate captured images and store them in various formats for later editing.

After annotating your snip, you can save it, print it, copy it to your clipboard, email it, or post it to photo sites or Microsoft Office products. Greenshot is a free alternative to Windows Snipping Tool, with improved markups and integrations.

How To Take Screenshot Using Greenshot in Windows?

Greenshot is Available on

Lightshot is a user-friendly screen capture tool allowing users to customize the captured shot. You can easily resize and move the captured image. The software is ideal for students, employees, or contractors that need to save crucial information from their screens.

When you press the Print Screen button on your keyboard, Lightshot allows you to alter your snapshot. Pressing PrtScn in Lightshot, a transparent overlay appears over your screen and cropping tools.

How Do You Screenshot On Lightshot Application?

Lightshot is available on:

PicPick is yet another snipping tool designed specifically for Windows, allowing full screenshots, snips, scrolling shots, and markup tools.PicPick is a free and easy-to-use screen capture and editing application for screenshot quality enhancement.

You can copy your snip to the clipboard or print it directly from the tool. PicPick is 100% free for personal use but charges some for team purposes.

Screenshot of Actual Window With PicPick

PicPick is Available On:

ShareX is a free and open-source tool that allows you to capture or record any part of your screen and share it online. It enables you to upload photos, text, or other forms of data to over 50 recognized destinations.

The screenshot feature includes scrolling capture and webpage capture. ShareX is handy when you want advanced features while taking a screenshot. If you are looking for a simple screenshot, other applications are helpful.

ShareX is Available on:

The TinyTake enables users to record whole desktop screens or only highlighted areas.

Screenshots of any area on the screen are easy to take.

Editing photos is possible by highlighting with a colored pen and editing with an arrow, textbox, or picture caption, and it can create high-quality images and videos without watermarks.

How to Take Screenshots Using TinyTake?

TinyTake is Available on:

Screenshots explain what is unexpressed in words. A better quality of screenshots is attainable. For enhancing the information delivered via screenshots, you can try the following tips:

Please drop your views on the free screenshot apps and let us know different ways to take a screenshot with the help of various apps.

1. Why is taking screenshots necessary?

Screenshots are essential as they help in showcasing errors. While working in a team, explaining workflow and project process is easy, and sometimes screenshots help a person understand what many explanations didn’t.

2. What are the best free apps to take screenshots for Windows?

3. How do you capture a screenshot on a Windows?

For windows press
Windows Key+prt sc – It will automatically save in image folder (full screen)
Windows Key+Shift+PrtScn – Crop and save in folder(crop screen)
Press PrtSc key> Paste in Pain> Save in Folder – Capture full screenshot. 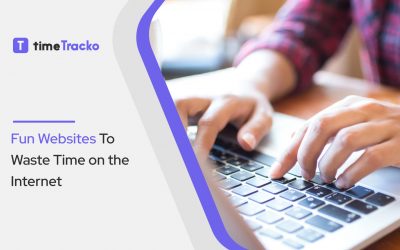 Fun Websites To Waste Time on the Internet 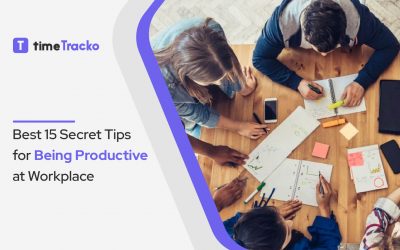 Give us a call or fill in the form below and we will contact you. We endeavor to answer all inquiries within 24 hours on business days.
(222) 400-630
contact@ekko.com